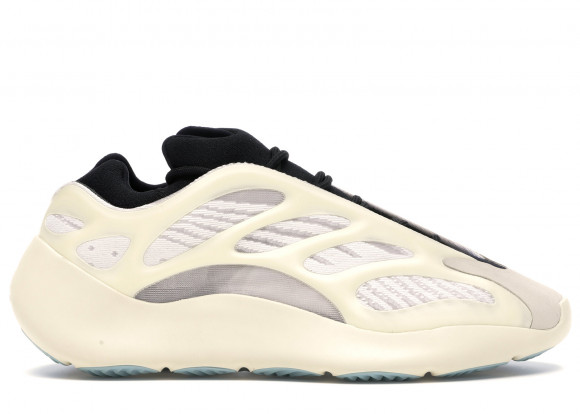 Are you a simple sneaker lover or fashion enthusiast? This flaming hot list delivers to you the hottest picks of the raving Lifestyle brand, Yeezy.

Whether you’re in the market for a new pair of cool footwear, or you’re a diehard fan of the Yeezy brand… or you’re about to add something hot to your sneaker collection, this article was made for you!

“Adidas-Yeezy” is a sophisticated shoe brand owned by the entrepreneur, fashion designer and American rapper Kanye West in collaboration with the German sportswear company ‘Adidas’. The Yeezy Boost sneaker is considered one of the most influential sneaker brands in the world.

The collaboration began after Kanye West ended his contract with Nike after many successfully debuted shoe brands. Although he had initially been turned down by Adidas in 2006, he pushed harder to make his dreams come true, and he was finally accepted on December 3, 2013.

The first shoe brand of Adidas-Yeezy was Boost 350. It was released in February 2015, a year and three months after the collaboration between Adidas and Kanye West was confirmed. It was reported that 9000 of the shoes were sold out in 10 minutes after its debut.

After the success of this brand “Boost 350”, more luxurious and sophisticated designs were debuted in the following years, and more are planned for the future. The growth rate of this shoe brand has been sporadic since its first season.

The shoes come in different designs, styles, colours and prices, each design providing comfort and class at its best. There is no doubt that the Adidas-Yeezy brand is one of the most successful shoe brands in the world of fashion.

Exquisitely and intricately designed to every little detail, Adidas-Yeezy shoes come off as one of the trending shoes in the world. It is the most searched brand globally and is considered the Hottest brand in the world alongside the Balenciaga brand.

They may come off as “expensive”, but having a pair of these shoes is definitely worth it. Whether you are an actor, actress, artist, businessman, full housewife or student, they are wears anyone can comfortably trend with. And you would not be seen as weird for wearing them on slacks or sweatpants.

Out of all the Yeezy wears, these are 5 Yeezy hot picks a fashionista should definitely consider adding to their collection.

The Yeezy sneakers come in several colours: red, turtle dove, pirate black, oxford tan, zebra, cream, white, moon rock, and many more. And they are said to be the most famous Yeezys.

Also, they are in different sizes, be it for your kids, teens or adults, depending on your shoe size. No limits as to who can wear these sneakers

Kanye West was spotted rocking these Yeezy sneakers with his beautiful daughter Northwest. Even American rappers Jay Z and the game, American model Bella Hadid and the Scottish DJ Calvin Harris were all seen trending these sneakers in style.

Comfortable, lightweight, aesthetic and luxurious. These words best describe this shoe made of algae foam and have a sophisticated design. It was the first Yeezy shoe made in the united state of America.

It debuted publicly on June 26 2020, with “Ararat” as its colourway. Although North West, Kanye West’s daughter, was said to have worn it first in 2019. Other colourways were released in subsequent years.

And it can be worn casually in style for different occasions. Its lightweight makes it fun to wear and can be worn for a long time without getting foot blisters or deformities.

More colourways are expected to be released in the year 2022.

There is a brand, Adidas Yeezy 700 v3 for men, which is gender-specific due to the size and design of the sneaker.

Yeezy slides are open-toed sandals, or some call it slip-ons made of Eva foam. They are cosy, classy and comfortable to wear both indoors and outdoors.

They are fun to wear, be it to laze around the house, go for walks or hang out with friends. Yeezy slides are definitely worthy of being a part of your collections.

The brand was released in December 2019 at a retail price of $60 in the colourway called “bone”. They have several colours: viz bone, resin, desert sand, earth brown, core, soot and orange. Yeezy slides in mix cream and black were released in spring 2022.

Interestingly, the slide was first spotted on Kim Kardashian West’s wife to Kanye West, even before it was released to the public.

These sock-like sneakers are comfortable, luxurious, trendy and fun to wear. They are one of the most classy and sophisticated sneakers in the fashion world with futuristic designs.

If you are the type that loves to be in vogue when it comes to shoes, you should definitely consider adding Adidas-Yeezys to your collections of shoes.

Also, with the shoes, you can get comfort, confidence, fun, luxury, sophistication and class all in one shoe, unlike others that are difficult.

With great artistic designs from one of the best designers in the fashion world, it has proven many times to be worth the money spent on them.

Adidas Yeezy shoes to be released 2022

Perhaps you have fallen in love with this shoe brand. These are new brands you can look out for this year, 2022. And as always, they come with the class and luxury they are known for. They are worth your time and, most importantly, your money.

So, it should be noted that the retail price might differ from how shoe stores sell the shoes.

The purchase of Yeezy boost footwear knows no bounds as ordering on Kaiglo allows you to choose from various sellers with competing prices, double-decked security protocol so “what you see, is what you get”. Kaiglos’ return policy gives rock-solid guarantees on every purchase.

Ready to rock the latest kicks? Click here to put a smile on your face right now.